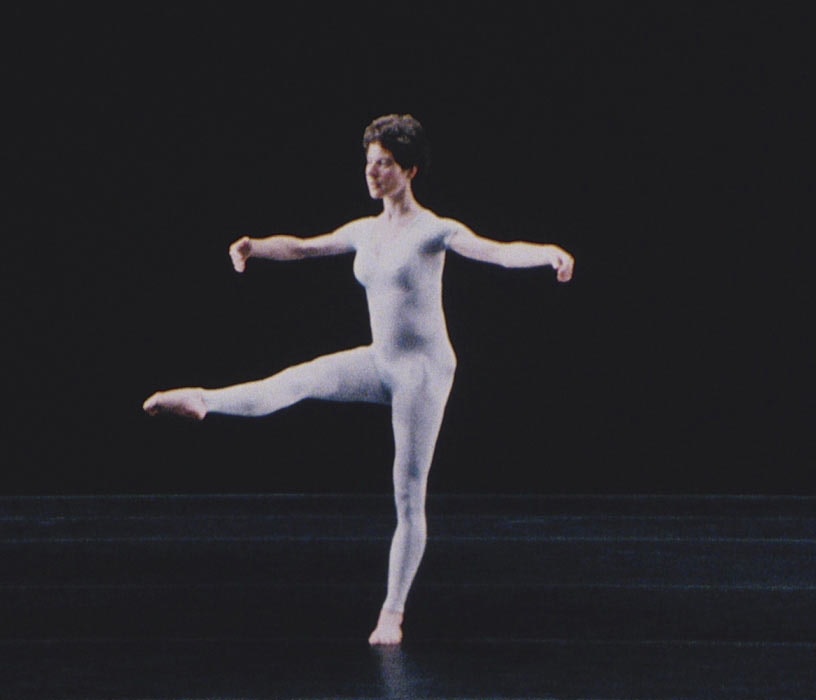 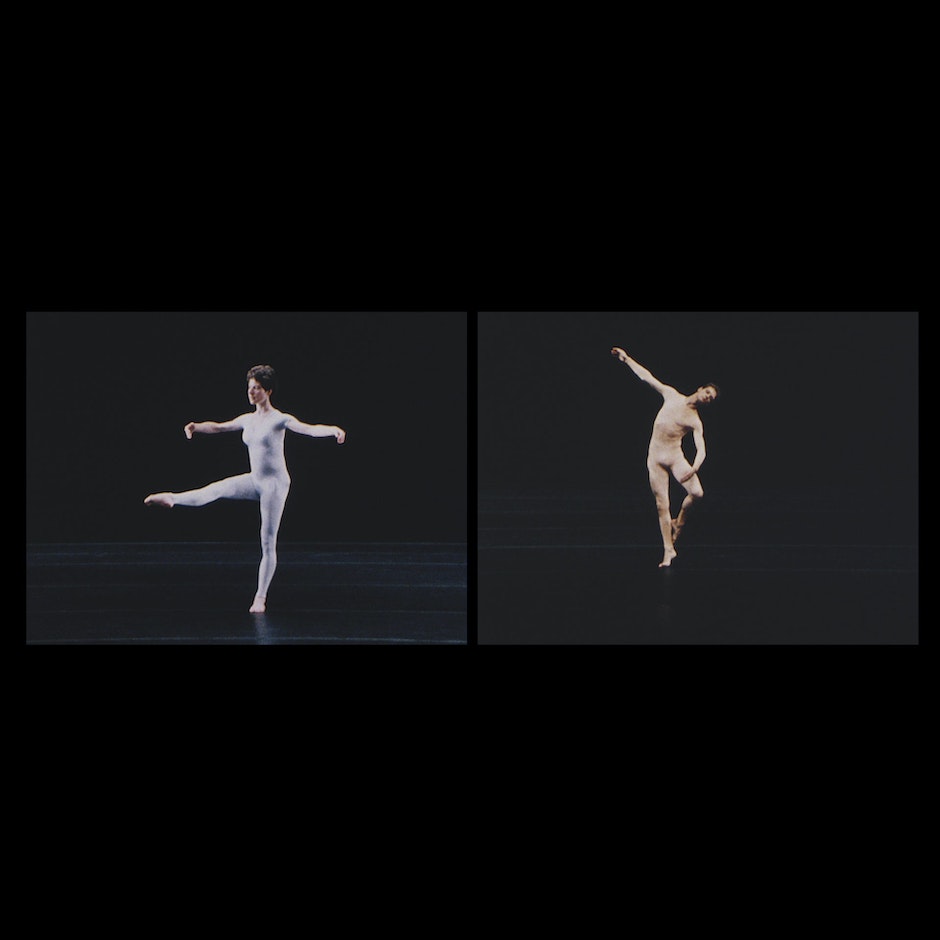 Merce Cunningham’s dance “Torse” focuses on the flexibility of the back, expanding on five basic positions (upright, arch, tilt, twist, and curve) into 64 possible movements, the total number of symbolic hexagrams in the I Ching. Steps and phrases are arrived at not by instinct or a sense of flow, but through a methodical approach that also happens to be chance driven. The stand-alone filmed version, Torse (1977), from long-time Cunningham collaborator Charles Atlas, continues mathematically. Shot at the University of Washington with three 16mm cameras—two mobile and manned by Cunningham and Atlas to capture close-ups and a third stationary—Atlas edited the piece to appear on two screens side by side. This strategy allows viewers to see the dance from various vantage points at once. From Einstein’s theory of relativity, Cunningham took the idea that there are no fixed points in space, therefore no intended perspective point, no preferred seat from which to watch. This recent HD restoration also includes the original soundtrack by composer Maryanne Amacher. As with many of Cunningham’s works, the music is created completely separate from the dance. In Torse, then, rhythm is felt then not through musical timing, but through the speed of and weight change from one position to the next.