Monument to Another Man's Fatherland 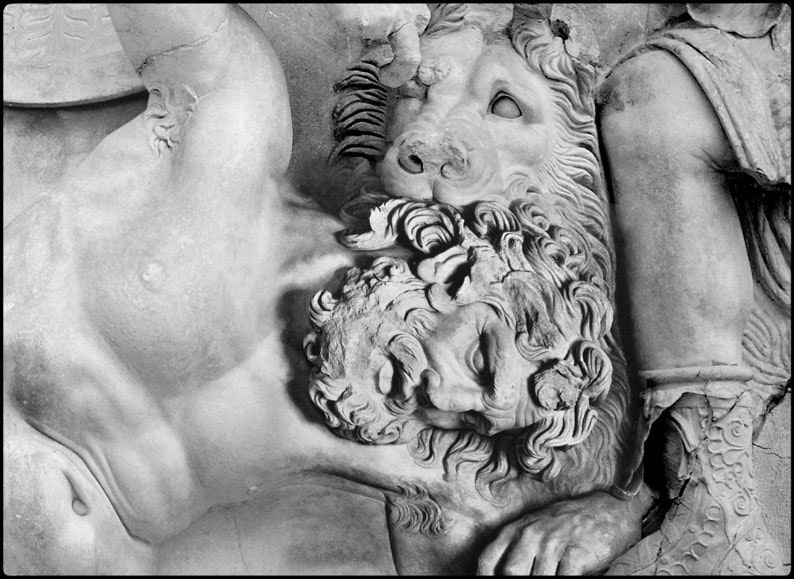 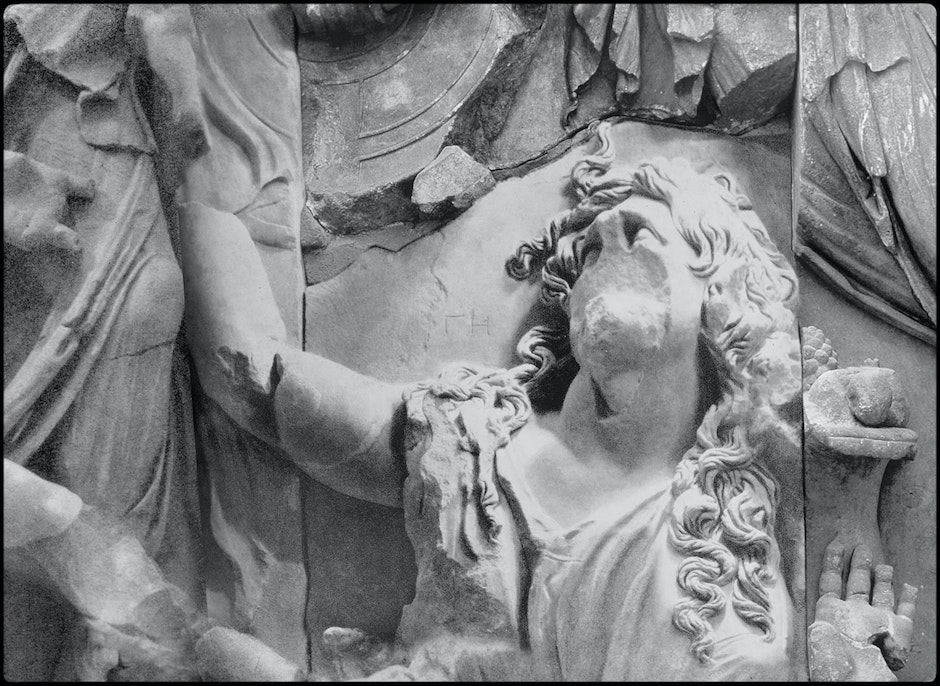 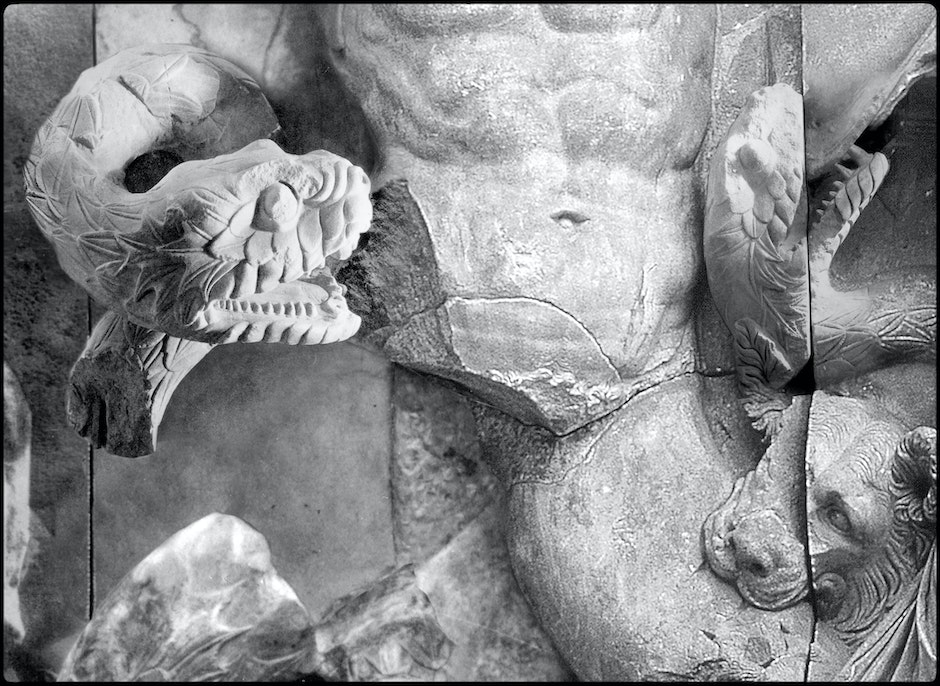 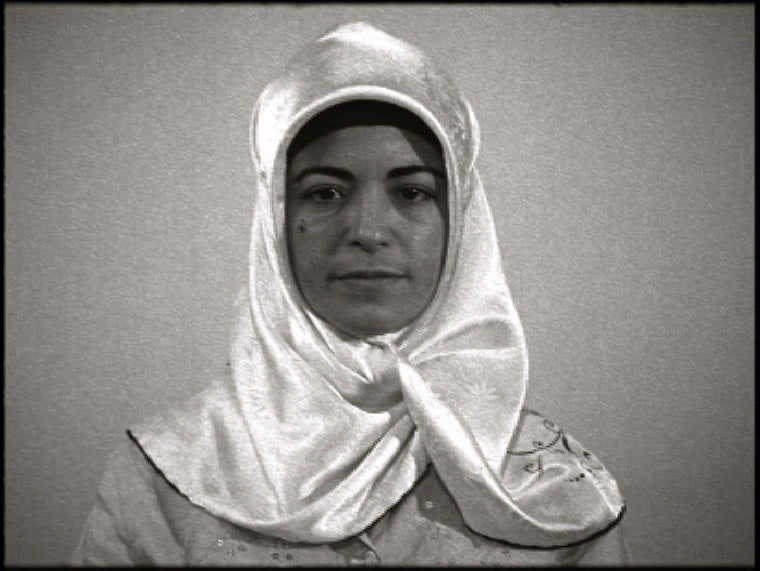 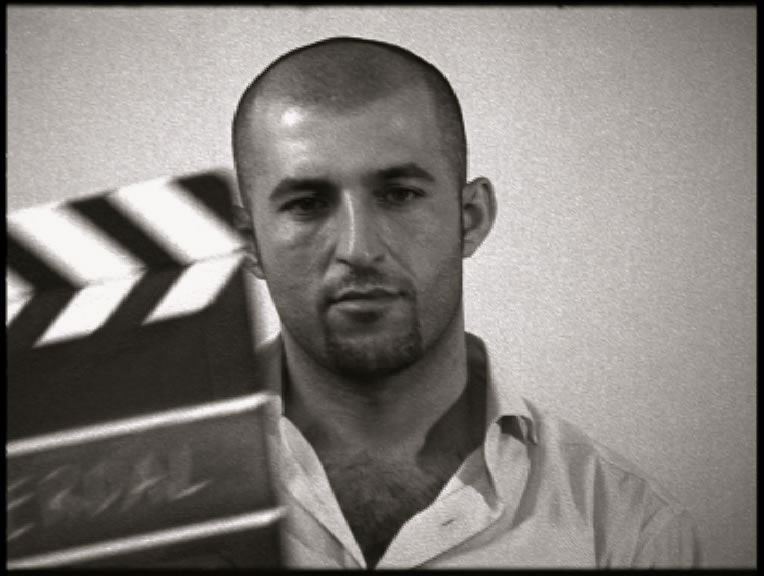 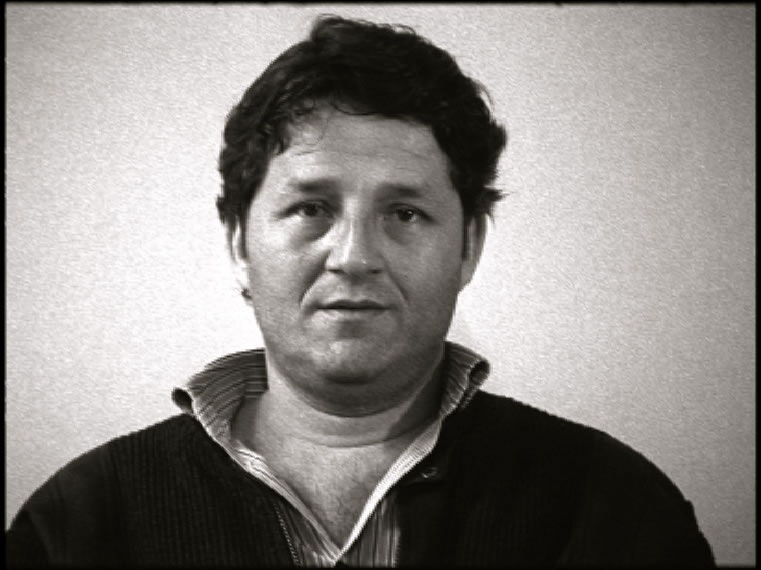 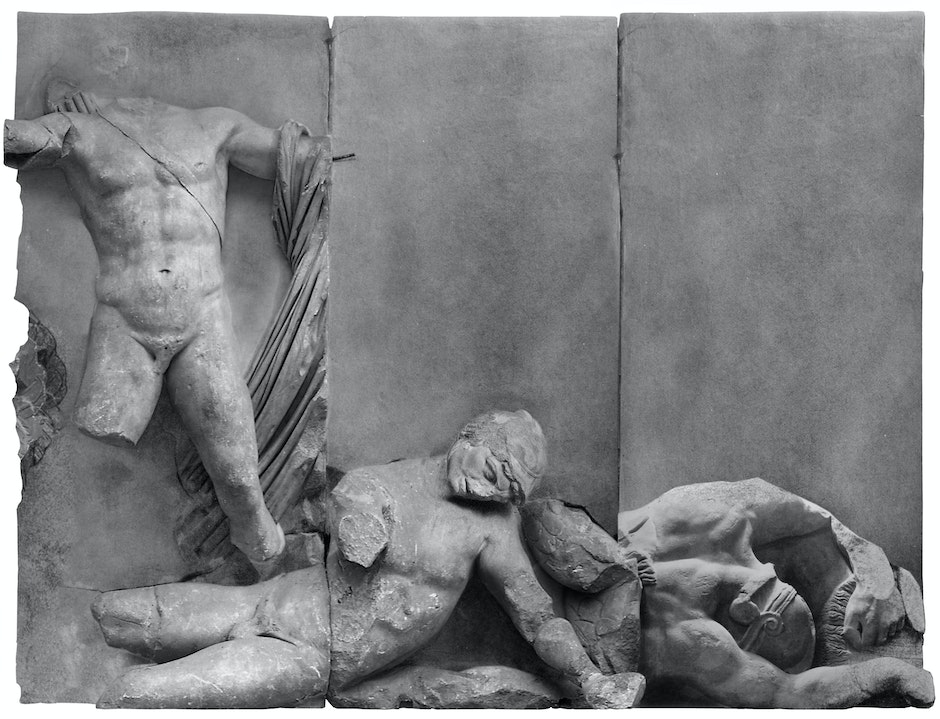 Monument to Another Man’s Fatherland is an exceptional reproduction. A three-piece installation, it includes a poster print, a video, and a collage-on-film of the most well-known piece in the Berlin Collection of Classical Antiquities, the Pergamon Altar housed in the eponymous Berlin museum. Sculpted and erected in the 2nd Century BC in the ancient city of Pergamon (now in present-day Turkey), the altar’s frieze depicts the battle between the Giants and Olympian Gods, known as Gigantomachy. As a way to examine the relationship between the monument’s origins and its home since the turn of 19th century, Dutch artists Lonnie Van Brummelen and Siebren De Haan set out to film the altar itself but access to it and to the museum’s extensive image collection were refused. Instead, the duo drew on a large number of photographic resources like art historical and archeological texts—some dating back to the 1880s, each with varying light and image quality—to reconstruct the sculptural frieze in the time-based medium of film. This gives a ghostly sense of how one might move around the monument in situ. In the video loop component, Turkish migrants recite in German the titles from the frieze as practice for a literacy exam; the poster print notates the photographic source materials. Monument to Another Man’s Fatherland is presented as  part of “End Things,” curated by Kristan Kennedy, Portland Institute for Contemporary Art (PICA), Portland, Oregon, September 6 – 29th, 2012. For dates and viewing hours visit pica.org/tba/tba12.