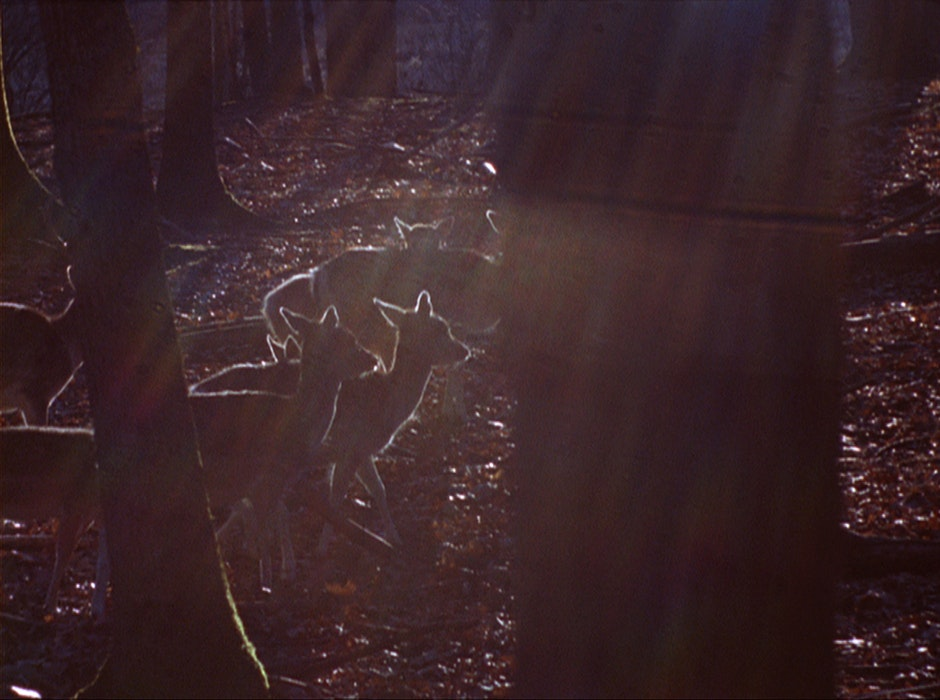 It may seem like we’ve been quiet since suspending regular programming in early 2017, but under the surface there is actually a lot still going on here!

In September, we hosted the Japanese filmmaker Takashi Makino for the third time, this year as part of PICA’s 2019 TBA Festival.

Over the last year, we have been diligently working with LA-based artist Margaret Honda to bring her back to Portland to present her 70mm film Spectrum Reverse Spectrum (2014) alongside a new response film also in 70mm called Equinox. We are literally just waiting for it to get back from the lab, with a potential screening date in summer 2020.

We are also still partnering at times with Liberation Literacy, a local non-profit that seeks to build social justice literacy in prisons, and are hoping to have another film benefit screening of "The Prison in Twelve Landscapes" early spring in conjunction with an “inside” screening.

There’s been a lot of loss over the past couple of years within the experimental film community in North America, including our dearly departed Jonathan Schwartz whose films and personality have inspired us immensely. We are tentatively planning a night of his work to celebrate him.

Collective member Mia is in the Netherlands for a year studying in Preservation & Presentation of the Moving Image at the University of Amsterdam and then will bring back all she learns to further enrich the film world here.

Shaking things up here, our wonderful Melinda is already planning an experimental dance film program for next fall for the third annual festival called Fireworks: a screen/dance film festival.

In Cambridge, Massachusetts, co-founder Jeremy is starting up a screening series and is accepting suggestions for a name.

Michael continues in his endless support.