When Where: Landscape and the Frame as Metaphor 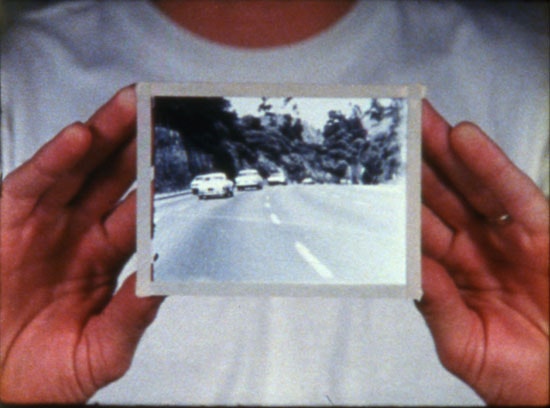 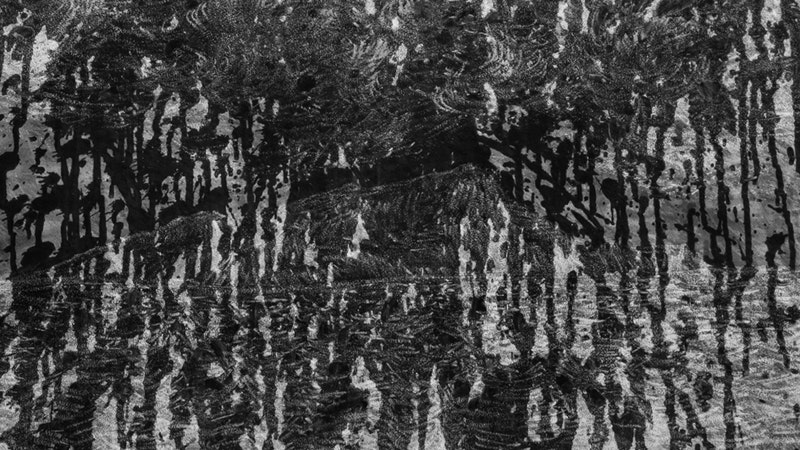 Note: Screening will not start until it is dark enough, which may be as late as 9:30, depending on conditions. Also, please remember to bring a blanket or something comfortable to sit on. Cinema Project is elated to pair an international program of film and video with a commissioned poetic response by local scholar, educator, and poet David Abel. Functioning within our yearlong Textural Spaces series, When Where dissects, investigates, and explores landscape and the film frame—that essential and elemental building block of moving image culture—as a metaphor for geographical, psychological, and physical space. Traversing several decades and diverse spaces from the iconic peaks of Mts. Fuji and Cézanne, forests in the UK and Austria, to the terrific expanses of Death Valley and the Pasadena Highway, this program engages both the frame and its exclusions. This one-night event will be held outside under the stars. Bring a blanket! Kurt Kren (1929-1998) was an Austrian filmmaker whose work showed at Cannes, the Museum of Modern Art and the National Film Theatre in London. He is known for his involvement with the Vienna Actionists and his extensive body of film works. Thomas Steiner (b. 1956, Austria) is an Austrian painter, animator and filmmaker whose work has shown throughout Europe. Gary Beydler (1944-2010), according to Benjamin Lord in XTRA Contemporary Arts Quarterly, "stopped making art in 1977, after the debut of his last and most ambitious work… was exhibited to a reportedly distracted, peripatetic, and indifferent Los Angeles audience at Gagosian Gallery. Bitterly disappointed, Beydler dropped out of the art world, got a real job, raised a family, and his work entered a long period of critical near-oblivion." Before this death, Beylder, with the help of archivist Mark Toscano, restored a number of his films. Emily Richardson is an English artist and filmmaker whose work has screened widely and globally at such venues as the Tate Modern, Rotterdam Film Festival and Venice Film Festival. Stour Valley Arts has published a book of her work called Time Frames. Seoungho Cho (b. 1959, Korea) is a New York-based video artist whose works have shown internationally and have earned him a Jerome Foundation award and a Rockefeller Foundation Media Arts Fellowship. Robert Breer (b. 1926) is an artist and filmmaker. From 1949-1959 he lived as a painter in Paris, where an interest in filmmaking burgeoned. He is best known for his animations and kinetic sculptures, each of which serve to enlighten the other with their interest in the transporting potentials inherent to motility and rhythm. From 1971 to 2001 he served on the faculty of Cooper Union. David Abel is a poet, editor, and bookseller who relocated to Portland in 1997. A founding member of the Spare Room reading series, he is the literary arts program coordinator at the Multnomah Arts Center, publisher of the Envelope broadside series, and copublisher (with Sam Lohmann) of Airfoil chapbooks. Asyl: The seasons run seamlessly into each other in this way, and time becomes hazy. Occasionally, a person will walk along the road in one part of the image, disappearing at an invisible border where the image fades into a different day, a different time. Kren is here reconfiguring film as a medium in which time and space cease to be linear in any sense. The film is instead about totalities; it invites the viewer to think about the progress of time and the way it generally works in cinematic images, and by contrast to process the multiple layered times implicit in each frame of Asyl. This short is Kren's finest work, with a conceptual purity and inventiveness that are unmatched even in his consistently intriguing oeuvre.

-Ed Howard (http://seul-le-cinema.blogspot.com/) Pasadena Freeway Stills: "Possibly the most lucid, vivid, and awesome demonstration of the building up of still images to create moving ones, Pasadena Freeway Stills simply, gracefully and powerfully shows us the process by which we are fooled by the movies. By doing so, Gary Beydler mines a very rich vein of associations and metaphor, without the slightest ostentation."