Co-presented with the PDX Experimental Festival 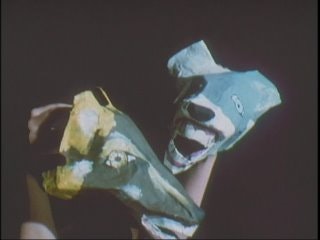 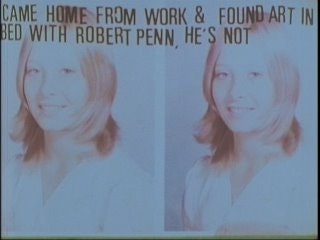 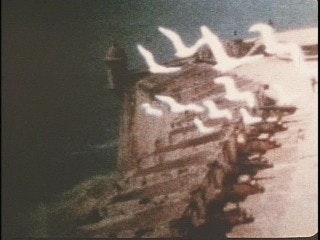 Stephanie Barber joins us from Baltimore to present a selection of her meticulously crafted, odd and imaginative films and videos. Beginning with her studies at Binghamton under filmmaker Larry Gottheim, Stephanie has gone on to complete over thirty original works, mostly on 16mm, that successfully combine elements of formalism, tragedy and humor. Her work has been featured in the New York Film Festival's Views From the Avant-Garde and the Museum of Modern Art to name a few. Stephanie will screen a selection of her work including total power dead dead "is thinking of war and impressionism, death and love… is again at war and wonders at your sincerity. And is perverse." Catalog contains a group of shots where live people stand silent, reenacting still photos Barber has found. Dogs features two paper machee dogs contemplating the universe and their existence, playing with the entire notion of innocent wonder vs. academic pretentiousness. Shipfilm, "probably the most heartbreaking film I have made," was included in the Whitney Museum of American Art's American Century: Part II 1950-2000. In addition, Stephanie will also be presenting her two newest video works. Dwarfs the sea which involves small biographies and musing generalizations--men’s relations to each other and their lives. In a tiger and an island deer, wolf, lecturer--woodcut, evolution and Elvis are interwoven with shots of an audience whose virgil-like role leads the viewer to respond to the disparate images as simply "spectacle".