The Adventures of the Exquisite Corpse: Two Films by Andrew Noren 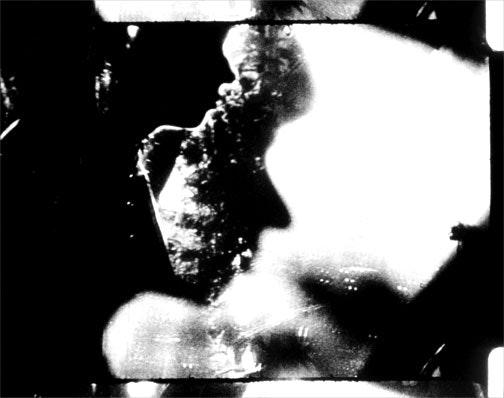 Andrew Noren has been making avant-garde films since the mid-1960s. Since 1968 he has been working on a multi-part diary film entitled The Adventures of the Exquisite Corpse. Rarely screened, Noren's accomplished films are some of the finest examples of the transformative and abstract qualities of black-and-white film. His works are astonishing meditations on the essence of film that capture with reverie the simple beauty of domestic scenes. A master of light and shadow, fragmentation and speed, Noren dazzles the eye and offers a transcendent view of reality. Noted author Scott MacDonald: "Increasingly, Noren's interest is light itself, as it is manipulated by camera and filmmaker. If one thinks of the movie camera as an instrument with which a filmmaker can compose and perform visual music, Noren may well be the most accomplished visual master musician we have." In Charmed Particles Noren's alchemy of light and living, it is the light that has become "real and the flesh illusory." The film frames become living cells containing high-energy particles of life that only coincidentally reveal the outlines of the human figures generated from them. The Lighted Field Noren states is "Ghost pictures from the 'other' world, which is this world. The ghost is in love, at work, at play with bright companions in The Lighted Field. Flutter of phantoms, trick of light, sleight of the eye. A comedy of mirrors. Love advice from the grave."

Feb. 23
The Spaces In-Between
Apr. 1 + 2
Mysterious Objects: The Short Films of Apichatpong Weerasethakul
Apr. 28
The Adventures of the Exquisite Corpse: Two Films by Andrew Noren
May. 3
Total Power: Films and Videos by Stephanie Barber
May. 16
Jess
May. 20 + 21
Excavations of Mexico Jun. 14
In The Street: Outdoor Film Screening