With special thanks to Video Pool Meida Arts Centre 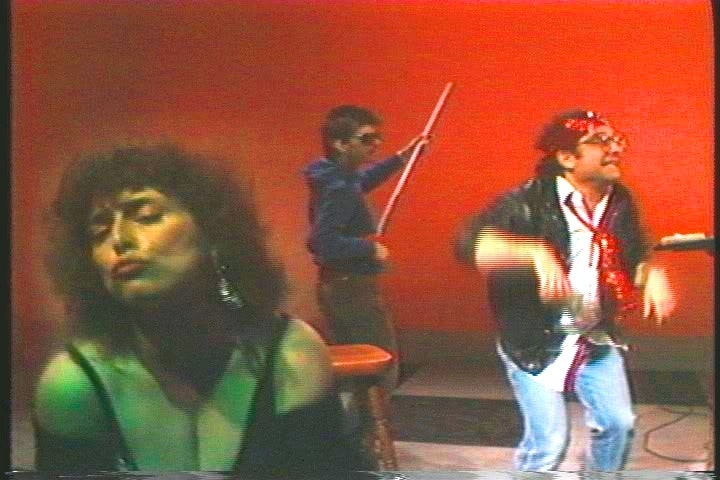 Winnipeg artist Daniel Barrow's video and performance event draws on his years researching, compiling and archiving a history of independently produced television in Winnipeg, Manitoba. In the late 1970s and throughout the 1980s, Winnipeg experienced a "golden age" of public access television. Anyone with a dream, concept or exhibitionist politic would be endowed with airtime and professional production services. A precedent was set in the late 1970s when the infamous Winnipeg performance artist Glen Meadmore sat in front of a television camera and silently picked at his acne for 30 minutes each week. Winnipeg Babysitter traces this and other unique vignettes from a brief synapse in broadcasting history when Winnipeg cable companies were mandated to provide public access as a condition of their broadcasting license. Barrow will be present to provide a magic lantern commentary, tracing the history of public access television in Manitoba, and describing the various and outrageous biographies of cult classics (that subsequently become urban legends when the Winnipeg public access paradigm was axed in the 1990s).