Supported in part by the Multnomah County Cultural Coalition 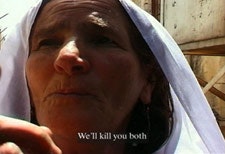 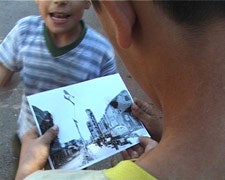 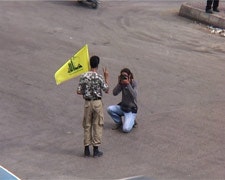 Images, like stories, are constructed, and in turn, they construct us, our imagination, our beliefs. Images and stories have, and refer to, collective histories, which they also provoke and create. Sometimes images and stories get under our skin, they prick us, they shift, enlarge, or intensify our engagement with certain aspects of the world. The name Lebanon was all over the press in the summer of 2006, as were the descriptions of war, the numbers of dead, the accusations and blame. These films—shot before 2006—by Lebanese women offer a way to see images and hear stories of, from, in this landscape. Complex stories, told simply, conflicting images, with incongruous desires. Not one image or story, but many, are depicted in each of the films, and they all suggest Lebanon, and the world, as a site of multiple, competing stories and images. Dalia Fathallah’s Mabrouk at Tahrir, Chronicle of a Return to South Lebanon (2002) examines the daily gestures and political complexities of life in a small village in South Lebanon. The Israeli army, which had occupied the region from 1978 to 2000, withdrew in May 2000. Many inhabitants who had been forced to leave the area then returned, and “mabrouk at tahrir,” literally “congratulations on the liberation,” was an oft-repeated exclamation. In Here and Perhaps Elsewhere Lamia Joreige takes her video camera to interviews numerous residents of Beirut, especially along the line that used to be the demarcation between East and West Beirut, about disappearances of family members or friends. The resulting conversations shed light on the deep and still present trauma of the Civil War. Lebanon/War by Rania Stephan, was shot in the midst of and immediately following the Israeli attacks on Lebanon in July and August 2006, Stephan gives us eight brief glimpses into what it means to be caught in the middle of a war. From workers, ambulance crews and refugees in Beirut to the rubble of villages in the South, the video provides a sense of the rage, resignation, and trauma caused by war.—Irina Leimbacher