Supported in part by the Regional Arts & Culture Council 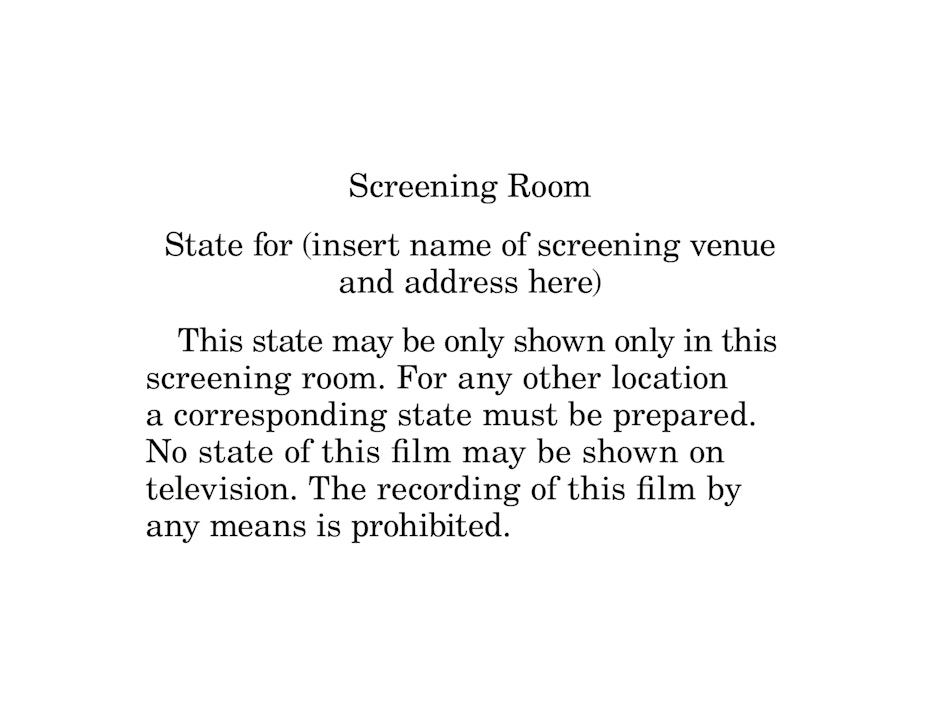 As a prologue to Yale Union’s survey on the films of artist Morgan Fisher and experimental filmmaker Thom Andersen, Cinema Project is excited to present and produce a state of Fisher’s Screening Room, a film that can only be shown in the auditorium for which it was made. As Fisher tells us, “Screening Room is a tracking shot into the theater where the audience sits watching the film. The image on the screen converges with the screen on which the image is projected, dissolving the distinction between the space in the film and the space in which the audience sits.” Screening Room will be followed by a talk with the friends and artists Andersen and Fisher and will include a presentation of the films Melting, Olivia’s Place, and -- ---- by Andersen as well as ( ) by Fisher.