Co-presented with the Northwest Film Center 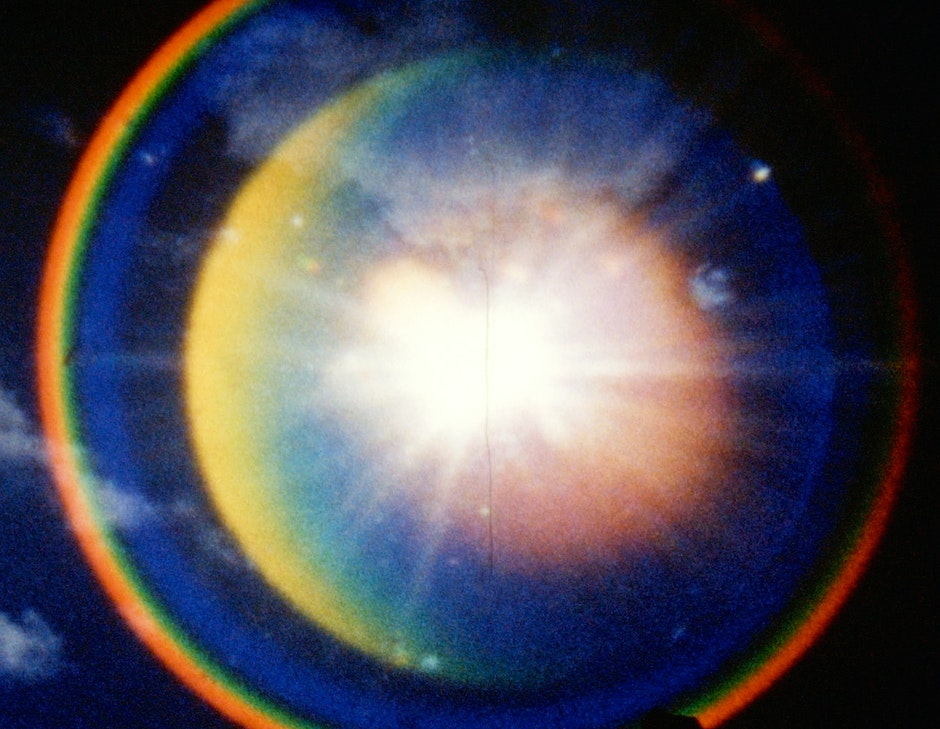 From ​Deep Sleep ​by Basma Alsharif

Parallel universes, bi-location, autohypnosis, alternate dimensions, and past lives. Taking a cue from filmmaker Basma Alsharif in discussing her new film Deep Sleep, mental movement between these imagined, physical, or psychological spaces is also at the core of the cinematic experience. For the 39th annual Portland International Film Festival, Cinema Project presents an evening of short videos that explores the resonance of space and how one can be in two places at once. The program is bookended by two films shot on the same beach in Southern Morocco: In Shezad Dawood’s Towards the Possible Film is a hazy golden dream where blue-skinned astronauts emerge from the ocean waves, while in Ben Rivers’s A Distant Episode another view is unveiled that is newly mysterious and fragmentary via grainy black-and-white imagery. In between, is a “hypnosis-inducing pan-geographic shuttle” between modern sites of ruin in Deep Sleep; abstract images made from concrete ones and visualized as a strangely familiar shimmering portal of gradually changing colors in Makino Takashi’s Cinema Concret; heavily-processed video footage from 1980s and early 1990s awards ceremonies laid beneath the prophetic ramblings of an unseen narrator in Michael Robinson’s Mad Ladders; and beneath the pops of fireworks and rhythmic mechanical hums is a shuttling between two temporal realities in the collaboratively-made Bunte Kuh from Ryan Ferko, Parastoo Anoushahpour, and Faraz Anoushahpour.

Advanced tickets can be purchased through the NW Film Center ticketing site.