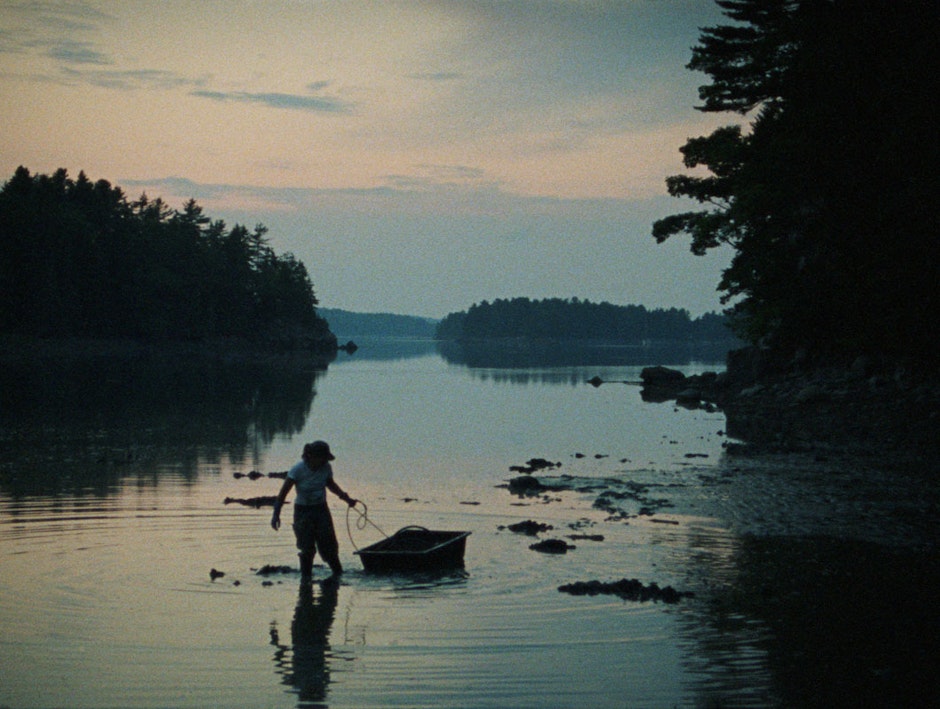 From accomplished filmmaker and photographer Sharon Lockhart comes this quiet, composed meditation on work, time, and light. Pushing duration even further than her previous films, Double Tide is made up of two stationary, 49-minute, middle-distance shots in which a woman digs clams on the mudflats of Seal Cove, Maine. The title refers to the rare occurrence of low tide twice in daylight hours, once at dawn and again at dusk. During the first half, the mist clears and the sky lightens. During the second, a sunset and birds. The viewer both engages with Lockhart’s image of this particular time and place, but is also granted freedom to their own wandering thoughts. A new state of observation emerges by slow degrees, as Jen Casad brings up clams by her slow toil.