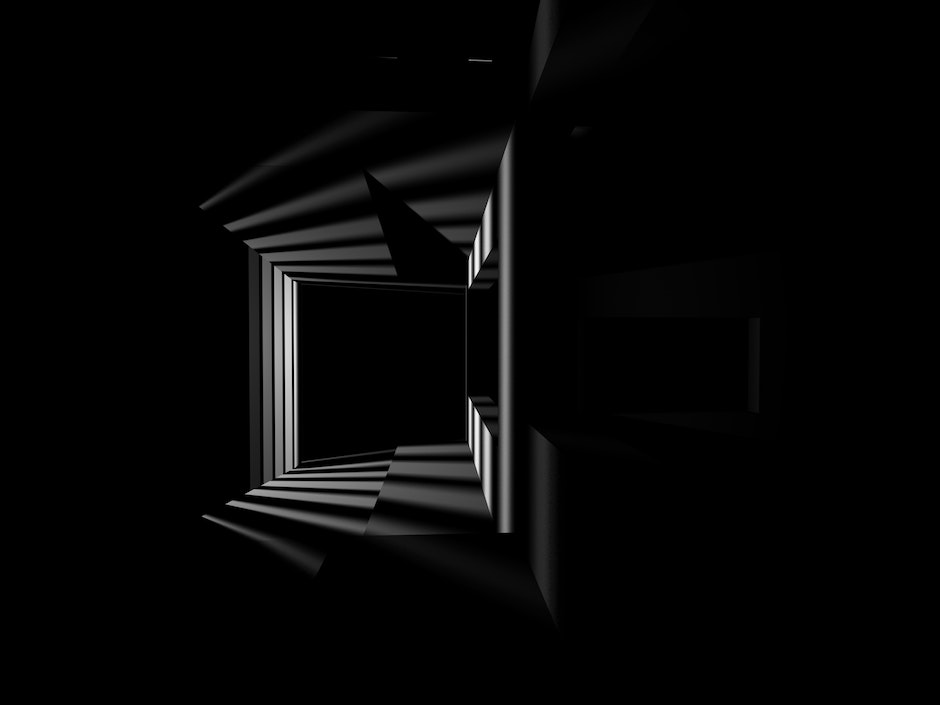 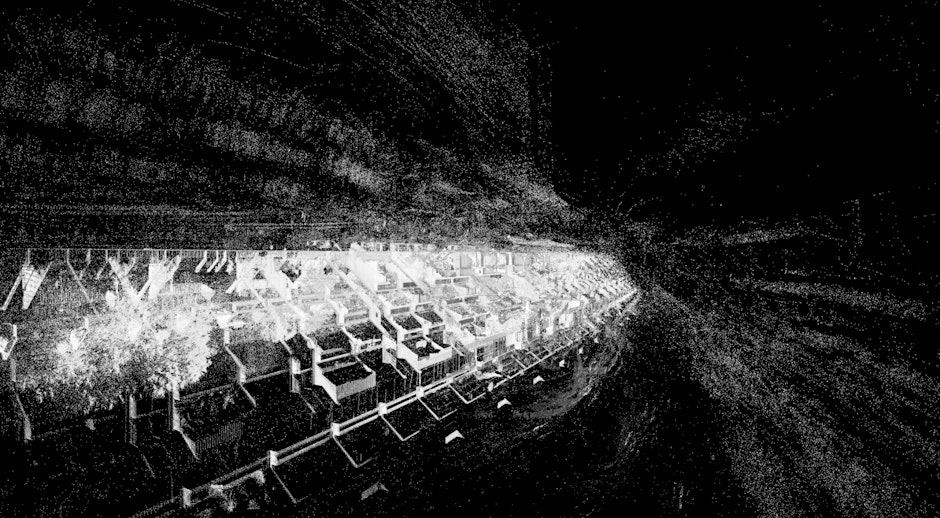 Belgian artist and researcher Anouk De Clercq brings a selection of her digital moving-image work—often minimal and accompanied by precise electronic soundtracks—to one of the biggest screens in Portland. Inspired by music, literature, and architecture, the artist embraces a variety of digital animation techniques, from the flat and sparse scape in Me+  (2004) that features simply a small white plus-sign that eventually multiplies dancing across the black screen, to the stripped and animated architectural scans of various London locales in Thing (2013), produced using the LiDAR technique, the same laser mapping technology that recently revealed a large complex of ancient Mayan ruins.

But while the tech ranges from graphically simple to cutting-edge, the imagery remains minimal and the color spectrum is limited to black-and-white, allowing the artist to more deeply explore negative space. It’s something like feeling the vastness of space, but to simply imagine emptiness is misleading. As De Clercq says, “After all, digital animation—my prime tool—invites you to ‘build’: the starting point is always an empty space that has to be filled.” In Building (2003) as in Thing, we wander through semi-futurist structures from an unidentified point of view, but how our perception of those two spaces is constructed differs quite literally through the play of light and dark. On Building, De Clercq explains “I treated the building as a dark body and had this idea of the light coming into the building, and using that light as a guide.” Constructing these spaces also requires a certain amount of information be stripped away, a simultaneous visioning and excavation of the future, or perhaps “in between the visible and the imaginary.”

Cinema Project is excited to return and share this work and artist with Portland audiences at OMSI. The evening will include seven short works from 2003-2017 and then a post-screening discussion between Anouk De Clercq and Portland-based multi-media artist Sam Hamilton.